One of the more interesting aspects of the ongoing “scandal” around oil price manipulation was the sudden limelight afforded to the oil pricing agencies and in particular Platts (whose offices were “raided” alongside BP, Shell and Statoil). This is a company that few outside of the industry have ever heard of and for Joe Public, the idea that a pricing agency - who neither buys nor sells oil – “sets” prices on a daily basis will come as quite a shock. 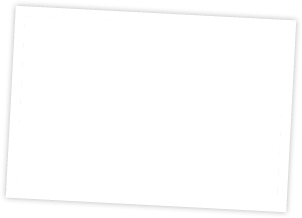 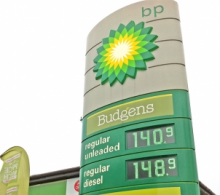 There are 3 main oil pricing agencies each with global operations; the largest is Platts, owned by the US publishing giant McGraw-Hill, the independently owned Argus is second in size and the third is the much smaller ICIS, with its focus mostly on the bottom end of the barrel (ie, Base Oils and Lubricants). The fact that these pricing agencies do not “set the oil price” is the first and most common misconception associated with their activities. Instead, Platts, Argus and ICIS are simply journalists reporting on oil markets in the same way that Reuters report on the news and Bloomberg report on financial activity. So when people refer to the “Platts Price”, what they really should be saying is “the oil price as reported by Platts”.

The scale of the pricing agencies’ activity has to be global because there is no such thing as “the one oil price”. If only it were so simple! Instead, defined geographies are reported on (eg, Baltic, North-West Europe, Singapore, New York Harbour) and each geography has numerous fuel grades. For example in North-West Europe (sometimes called ARA = Amsterdam-Rotterdam-Antwerp), diesel sales are recorded for both 10 parts per million (10ppm) sulphur as well as 50ppm sulphur. There is also the Benelux quote, the NWE (French) quote and the UK quote. Then we have barge sales for the inland European market or cargo sales for the export market. And finally the trade prices are either ex-jetty (FOB = Free on Board) or delivered (CIF = Carriage, Insurance and Freight). Start adding all the other grades of fuel to be priced (Propane, Butane, Naphtha, Gasoline, Jet Fuel, Gasoil, Fuel Oil, Bitumen, Base Oil to name but a few) and you get an idea of how much information the pricing agencies are publishing on a daily basis. And it is these daily reported prices that are used by wholesalers, resellers and retailers around the world, as the basis for their fuel sales to the end-user. So whilst it may be wrong to say that Platts “sets the oil price”, it is certainly correct to say that (for example) the ARA price on a Monday is the de-facto consumer price a couple of days later in the UK (and the rest of Northern Europe) and it is the pricing agencies that are responsible for publishing that price.

How is this data reported? Well it’s a great deal more scientific now that it was 20 years ago when traders – busy working their 2nd or 3rd pint after a long-hard morning - were rung by Platts to give their “assessment” of prices. Nowadays prices are posted on the pricing platforms and gone also are the days when Platts have to ask for the price data - instead, traders as a matter of course will submit their prices as the day progresses. Each oil trade is made up of a bid (from a buyer) and an offer (from a seller) and at the end of the negotiation, there is a transaction - all of which are posted onto the pricing platform. Anonymous information is not permitted and any anomalous prices are also excluded.

But like any process, there can be flaws. For example, when the transaction data is posted, how diligently do the pricing agencies check-up on the jetty loading registers, to actually verify that the transaction really took place? Plus, it is not unheard of for pricing data to be based on bids and offers only, with no transactional information included. Arguably this cannot be seen as a true price, but at the same time, what can the pricing agencies do if the buyer and seller choose to make their transaction private & confidential? Surely commercial confidentiality is the prerogative of any business? Finally, there has always been much criticism of the Platts method of only reporting on prices at the end of the day (Market on Close). The argument goes that a 30 minute time window at the end of the day produces such frenzied activity, that normal market prices are skewed (think of a real market trader selling tomatoes at the end the day and wanting to clear his stock. Isn’t the price of tomatoes throughout the day a more accurate reflection of their value, rather than a set of intense transactions just before everyone heads home?). Not really says Platts, whose response to this criticism can be basically boiled down to the fact that most trading activity is done at the end of the day, so why bother reporting on earlier occurring, sporadic trades which run the risk of producing exceptional data?

These are going to be uncomfortable times for the oil pricing agencies, principally because so much rides on the data they produce. But they can only ever report on the data that they receive from the oil companies and whatever the accusations, the agencies do not directly profit from movements in the oil price. So it seems likely that the role of the price agencies will be discreetly dropped from the scope of the investigation in due course - after all, the oil pricing agents are only conveying the “message” and it is always bad form to shoot the messenger.

The original source for the above report can be found at http://www.portland-analytics.co.uk/market-updates/june-2013/ 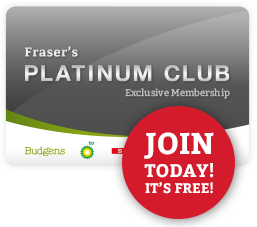